Mary Magdalene Just Stole My Banana, or maybe it was John the Baptist 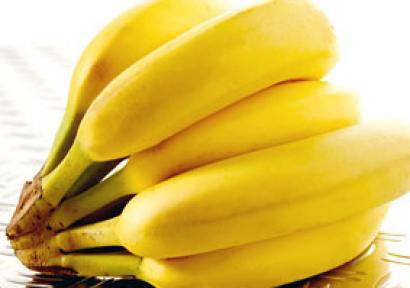 If you read my last post, you would have seen that I have a degree in psychology. Yes, believe it or not, I earned that degree and actually worked productively in the mental health field without first being forced to become a waitress, car salesman, or vacuum inspector. Those who say majoring in psychology is the stupidest decision ever obviously are in need of mental health services themselves. Just saying. (And I’d gladly give you a reference for a good facility. My husband works there and he’s amazing—working alongside other amazing staff. In fact, I may check myself in, just for some “time away.”)

Anyway, while earning said degree, I was required to intern at a mental health facility—which is PC for psychiatric hospital, crazy house, loony bin, and the disparaging list goes on. To further complicate things, I lived in Tennessee at the time, so the crazy took on a strange red-neck aura that sounded an awful lot like Mater the Tow-Truck on hallucinogens. But before we could even interact with the patients, I and a fellow intern, Cassie, were required to attend some basic training—which included instructional videos on how to escape from a choke-hold, how to restrain patients who become aggressive, and how to properly de-escalate a patient experiencing a psychotic break. (Though in the latter instance, it was advised that we simply call the psychiatrist to shoot some Thorazine in the patient’s bum. Nice.) Cassie and I watch all of these informative videos with interest, even mild concern, but are more fascinated with our official-looking name badges than with anything else.

Our thorough and exhaustive training complete (please note the sarcasm), HR informs us that we have been assigned to the forensic unit—a locked unit housing the criminally insane. (Incidentally, the term “insane” is a legal term, not a psychiatric term. Therefore, if you are going to call someone crazy and want to sound psychologically authoritative, use the word “neurotic” or “psychotic”. Your insult will sound a bit less ignorant and pack a much stronger punch. See? Here to help.)

“Uh, forensic unit?” Cassie and I look at each other. “You sure you want to do that?”

But when the HR assistant with the horn-rimmed glasses reaches threateningly for our officious-looking badges, we quickly agree that the high-security, lock-down unit packed with insane criminals is the best place to put inexperienced and essentially stupid interns with 45 minutes of training.

Arriving on the unit is stimulation-overload. It’s snack-time and all the residents (about 15, with others milling down the hall) are in the common area grappling for the snack of the day: bananas. (Because no one can kill someone else with a banana. Kill someone over a banana? Another story. But we’ll get to that.) Cassie and I are instructed to “mingle”, but “beware of Loretta because she likes to sneak up behind young, pretty interns and nurses, grab them by the hair, and beat their head into the floor. She just sent a new nurse to the ER last week doing that.”
“What?!” We whip around, but the HR girl is gone. “Which one’s Loretta?” we whisper into the void.

The man handing out the bananas motions us over. He hands one to each of us and, with a kindly wink, introduces himself as “Gary.” He has an official name tag, too, so we assume he is legit, like us. So with our bananas as our only defense, we peruse the room, looking for the least-threatening person to talk to. As we stand there, an elderly patient—a thin, wiry gentleman in slippers and a comb-over—begins running laps around the snack table. (Working up an appetite, maybe?) Another man, who looks, no lie, to be 7 feet tall, stands glowering in a shadowed corner. I swear he is looking into my soul. Around the periphery of the room, the rest of the patients sit on pastel vinyl benches, all at different stages of peeling and consuming their snack. Cassie walks toward a gaunt, hunched-over woman with a gray, wispy bun atop her head. I move toward a stocky woman in a housecoat with wild black hair who grins in my direction.
I greet the woman and ask if I can sit down. She nods. After I carefully establish that she is not named Loretta, I sit. We introduce ourselves. She says she wants to be called Mary, after Mary Magdalene, even though it is not her real name. I agree because, why not? Mary then proceeds to ask me if I attend church. I nod. That becomes the launching point for the following conversation.

Mary: Y’all should visit my church, I bet it’s way better than yours.

Mary: Saint Peter and John the Baptist also come to our church. And I bet they don’t come to yours.

Me: Okay. (Because I might be stupid, but I’m not gonna argue with a woman who resides in a forensic unit and who might be BFFs with Loretta.)

Mary: Do you know what John the Baptist said to me last Sunday?

Me: I can’t imagine.

Mary: He told me I’m going to heaven.

Mary: (She stares hard at me.) Are you going to heaven?

Mary: Because I bet John could get you in.

I smile because I am literally at a loss for words. The little man continues to take laps around the table. Goliath continues to glower in the corner. Mary touches my arm and I resist the impulse to jerk away and remind myself that mental illness is not contagious. I watch as she reaches out and gently takes the banana that Gary-the-Snack-Deliveryman gave to me.

Mary: John said he wants this.

Me: John the Baptist wants my banana?

Mary nods. She begins to peel the banana and consume its contents. Then she hands the banana peel back to me.

Mary: John says, next time, pick a better banana. That one was too green.

A blood-freezing scream erupts across the room, saving me from having to answer to both Mary Magdalene and John the Baptist for my poor choice in bananas. (Thanks for nothing, Gary.) I look toward the screaming, and it is the same gray-haired woman Cassie has been talking to. The woman points at Cassie (who looks about ready to wet her pants) and wails, “She took my banana!” Ironically, the woman is still holding her own banana, but apparently she wants Cassie’s too. (Seriously, there must be a banana black market going on at this place because the banana thievery is out of control.) Cassie offers her banana to the screaming woman, trying to quiet her.

The woman bats Cassie’s banana away—the poor piece of fruit flip-flopping across the faux-tile floor--and continues to scream. All I can think is, “Loretta is totally gonna hear this and come running.” I stand, hoping to help, but unsure how. The man jogging round the table stops to watch. The glowering man in the corner, arms crossed, moves out of the shadows. Frantically I look back at Cassie, but she has disappeared. I cannot spot her anywhere! Did Loretta come and drag her away? I realize, as a small amount of bile rises in the back of my throat, that I am alone. With the criminally insane. At snack time.

I do what any rational person would do. I run for the door, completely forgetting this is a locked unit and I have no key, only a stupid name-badge—worthless in a banana-driven economy. Keeping any eye on Goliath, I pull on the door. It doesn’t budge. Doesn’t even rattle slightly. To me it is a part of the wall—solid and impenetrable. Undeterred and near a psychotic break myself, I jerk harder, two-handed. Heave with my entire body. Tears burn at my eyes. Goliath draws closer. The woman still screams. Mary has started to sing “Amazing Grace” at the top of her lungs. And still I fight with the door til finally I resign myself to the fact that I am going to die. I stare out the small, bullet-proof window into the taupe-colored hallway, knowing it will be my last glimpse of freedom.

I spin around. Gary stands there, a set of keys in his hand. I nearly begin to weep, and then I nearly hug him. But I don’t do either because I’m too exhausted, depleted. Cassie stands behind him looking as nauseous as I feel. Unlocking the door, Gary bids us both farewell. Numb, we walk to the car and sit in the visitor's section of the parking lot for a full ten minutes in complete silence.

Finally I turn to Cassie and say, "Mary Magdalene ate my banana."

This is a story I told my Intro to Psychology students, and I will finish the telling of this story as I finished with them. That while I relate this experience with much humor and joking, mental illness is real. It is difficult. It, at times, is heart-rending. And it is a reminder to me that we all are broken in some way—though some forms are more easily hidden than others. And, at times, the only way to survive the pain of brokenness is to find a way to laugh.