Empowerment, Shame, and the brief over-analysis of Beyoncé 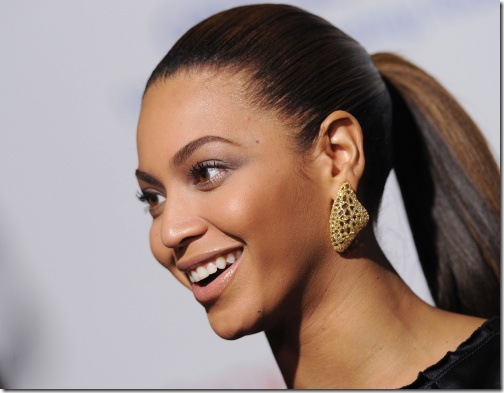 This post is a risk. At least it feels that way. Just as Pippin in Lord of the Rings knocked the bucket down the well and awakened the swarms of blood-thirsty goblins (and even the Balrog that nearly killed Gandalf*), I’m writing this while bracing for an onslaught of indignation, derision, and possibly even disgust. So, now that I’ve presented a nice big buildup to my trepidation, I present my conundrum.

While watching her performance and following Twitter and Facebook at the same time, there were constant comments about how fabulous she was, how the performance was the best half-time show ever. Then there were those railing against the “soft porn” display of her costume, dance moves, even facial expression. So for the past week, I’ve watched the debate swirl into a typhoon across media outlets. I’ve read opining blogs. I’ve perused news articles. And, while I hesitate to add my two-cents to the booming economy of this debate, I’m gonna do it anyway. Because this is my blog. And because I can. And because it seems—as always—a voice of moderation might be in order.

So here’s my two-cents. But first, Aristotle has two-cents (only it’s more like 11 cents), “Beauty occurs when all parts work together in harmony so that no one part draws unjust attention to itself.” In light of this, and I think I’m being objective here, I would say Beyoncé’s performance was lacking beauty.** I didn’t see a balance between the music and the production (i.e. costume, dancing, visual effects, etc). The production far overshadowed the song selection—proven by the fact that the debate is not swirling about how Beyoncé should totally have sung “Diva” instead. (Maybe that debate is raging and I just missed it—these things happen.)

Is this lack of beauty shameful? We’ll come back to that.

Okay, maybe she wasn’t going for beautiful. Maybe she was targeting her predominantly-male audience and appealing to what she knew would engage them. If this is true, then it seems to fly in the face of the argument that she owns her sexuality. (A phrase I’ve heard repeatedly with regards to Beyoncé’s performance.) It would appear that her audience, her brand (that she herself created—ah, Dr. Frankenstein, it’s alive!!!), and the expectations of pop culture own her sexuality. And maybe she has willingly allowed her sexuality to be owned, willingly gave her sexuality over to expectation and branding, which is absolutely her prerogative. (Thank you, Susan B. Anthony, et al.)

In response to Beyoncé, I’ve heard the term “empowerment” ad nauseum. And I’ve heard the word “shameful” used just as much. Yet both seem misguided. Why, as women, would we shame another woman for the choices she has made? And why would we simply assume that any woman dressed in provocative clothing is empowered? My fear is that girls today will grow up misunderstanding what true ownership of themselves actually means.

So, let’s make this argument personal. Would I want my daughter to perform as Beyoncé did at the Super Bowl? No. Would I accuse, point fingers, cluck my tongue, and set my daughter up on a pillory of shame if she did? No. Because she will have to make her own choices and live with whatever results follow. (Thankfully her choices today are what color sippy she wants to use. And I think Hawthorne made it abundantly clear the effectiveness of a pillory.)

Ultimately, I want my daughters to understand and appreciate their value and their virtue and to recognize the power they wield in the distribution—or non-distribution—of both.

Am I way off? (Again, it’s been known to happen.) I’d love to hear what you have to say. And I would please request that all comments be respectful . . . otherwise I reserve the right to remove your 2-cents and replace them with a haiku on the wonders of sippy-cups.

*This LOTR reference was for you, Kate!
**Because Beyoncé refers to herself as an artist (her music her art), I believe it is fair to weigh it against Aristotle's scale of aesthetic beauty.


PS: In other news, I finished my taxes last night (excruciating!) using Turbo Tax. At one point I got stuck and went through their online chat box thing where people can both post and answer questions for other Turbo Tax users. I found my question. Scrolled down for the answer and stumbled into a cat fight. Two people were going back and forth, name calling and mocking each other over a silly comment that one of them initially made in the answer (s)he posted. Are you kidding me?! It's Turbo Tax! Grow up, people! (Ironically, this is exactly what they were telling each other to do, too.) So if I had to choose between my daughter becoming like one of these ridiculous Turbo Taxers or Beyoncé...I'm going with Beyoncé, thanks.