I was a little shocked that, looking back at 2014, the #1 post on The Silent Isle ended up being about my grandmother, my crafty children, a childhood icon, and the snow. But as eclectic as the post is, I am more shocked by the fact that this one came in 1st by over 1000 views. I guess some people out there either really like Rainbow Looms or loved (and mourned) Shirley Temple. Either way, I'm delighted this one made it to the top of the list. 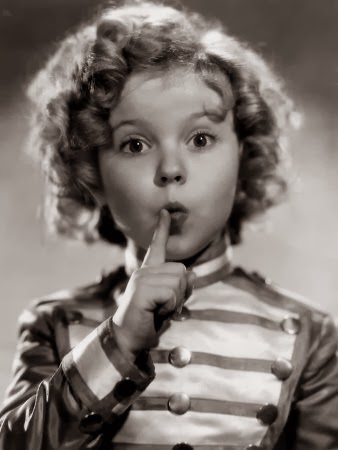 Wishing you all a happy and hopeful New Year. See you in 2015!

PS: I still haven't formatted my critical thesis from MLA to Chicago Style - I guess I may as well add that to my resolution list . . .
Posted by Anna Urquhart