I've been away awhile. The Silent Isle has indeed been, well, silent. I did a guest post on Wednesday, and you're maybe wondering, "She's got time for someone else's blog and not her own?" A fair question. (And one for which I lack an answer.) So, to take a cue from the delightful blogger Danni McGriffith, I thought I'd just give you the low-down on the goings-on 'round these parts. 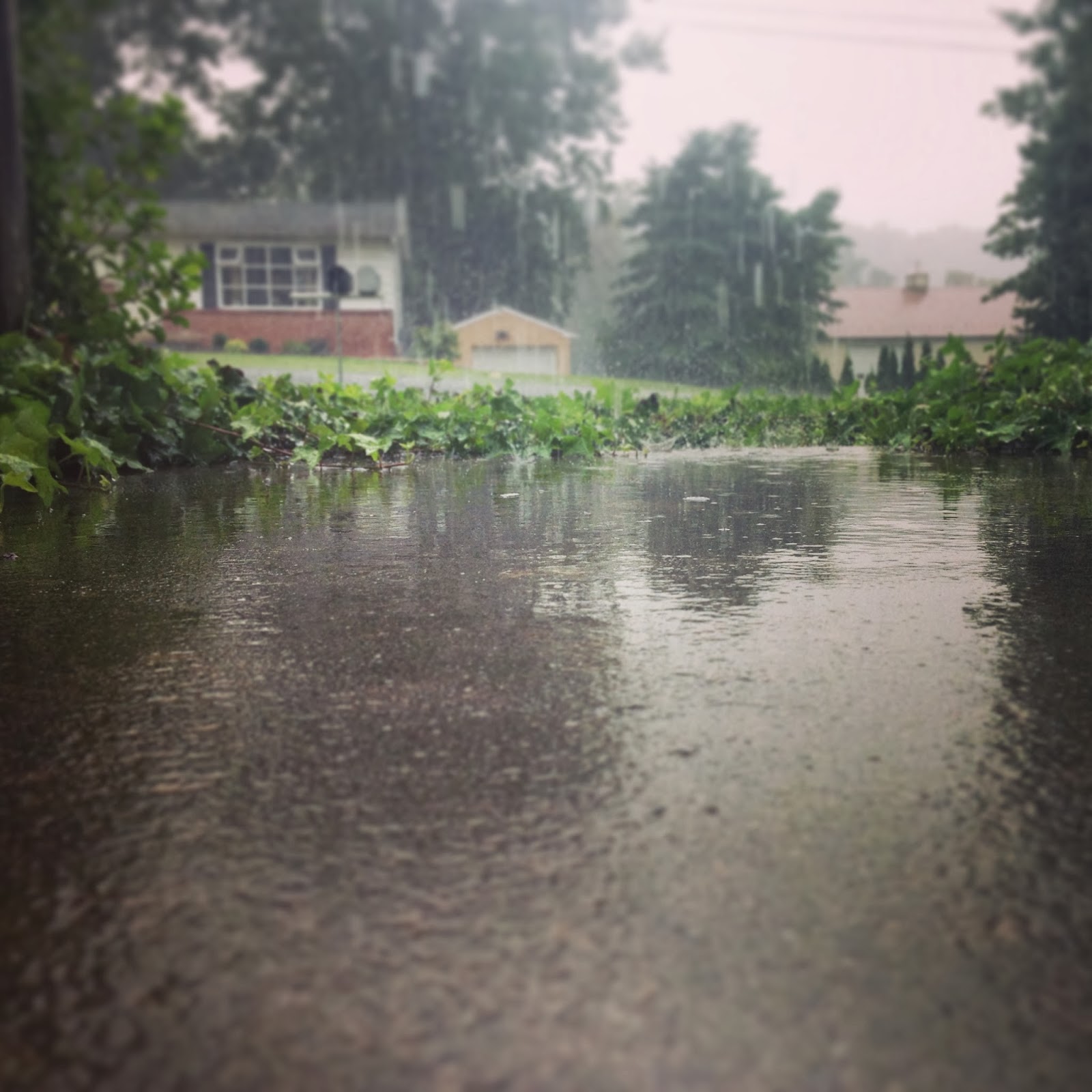 Rain, Rain, Rain
It's been raining for about 2 days. I love the rain. I get irritated when it doesn't rain. (Which means I'm irritated most of the summer months.) So, with the near-constant natural irrigation presently falling on Lancaster County, I have been jig-dancing (at least in my head) in meteorological glee. Except this morning when we had to cross 2 different bridges that had the cow creeks flooded nearly up over the road. My 5 year old asked, "Mommy, what happens if we bump into the flood?" (Translation: what if we have to drive through the water?) Excellent question, dear one. I guess we won't be taking the country roads home today after school.


Spam-A-Lot
The Silent Isle's been spammed. You'll notice now, when leaving a comment, that you need to enter those numbers and letters (that are always nearly impossible to read) in order for your comment to be published. I'm incredibly sorry that I had to add this tedious step to commenting, but someone somewhere with too much time on their hands and not enough compassion for those of us slogging our way through the "how-to"s of technology decided to be a jerk. I suppose, in the unhelpful words of Jonathan, "It is what it is." 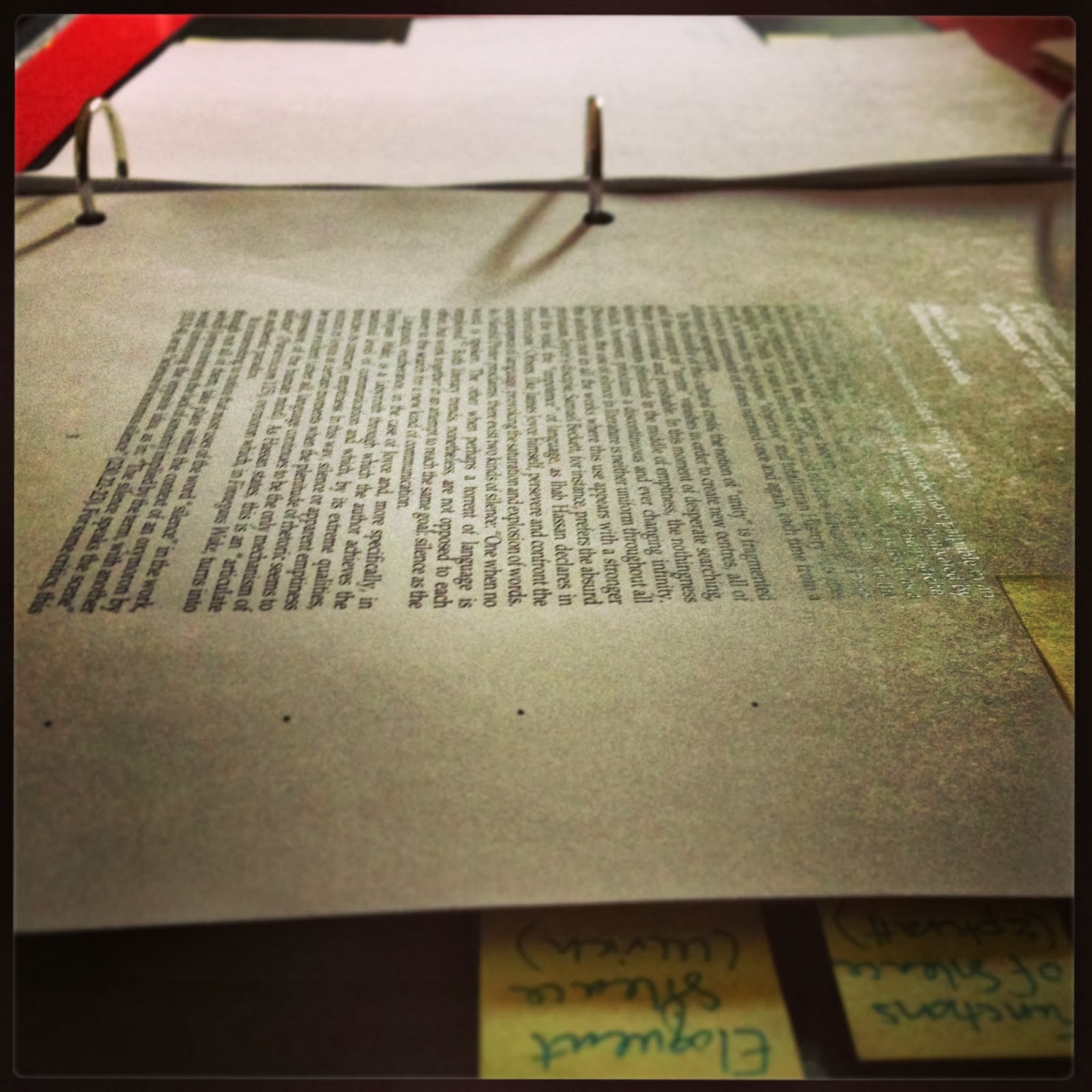 Come Oooon, Bessie
In my MFA program I am required to write a Critical Thesis (what we succinctly refer to as the ECE--Extended Critical Essay) in our 3rd semester and a Creative Thesis (the culminating project in our chosen genre--for me that'd be fiction) in our 4th and final semester. I am in my 3rd semester and consequently am in the throes of battle with my ECE. And it's starting to get painful. (Who am I kidding. It's been consistently painful since I opened the Word document and typed my MLA heading on the page.) I had entered into the endeavor with little trepidation because I teach literary analysis for a living. It's what I do. It's how my mind thinks. But my chosen topic has little written on it by The Scholars Of The Literary World (whoever they are), so I feel most days like I'm groping along in the dark, relying on my own intellectual prowess rather than the Great Thinkers that are supposedly out there. I guess those Great Thinkers are  just thinking on something different than my topic, which (not surprisingly) is on the use of silence in fiction. Why can't these papers just write themselves so I can get back to my novel-in-progress that has been carping at me to pick it up again after weeks of neglect? I suppose the answer to this question is the same as the answer to "why do spammers spam?" Again, Jonathan's wisdom prevails: "It is what it is." 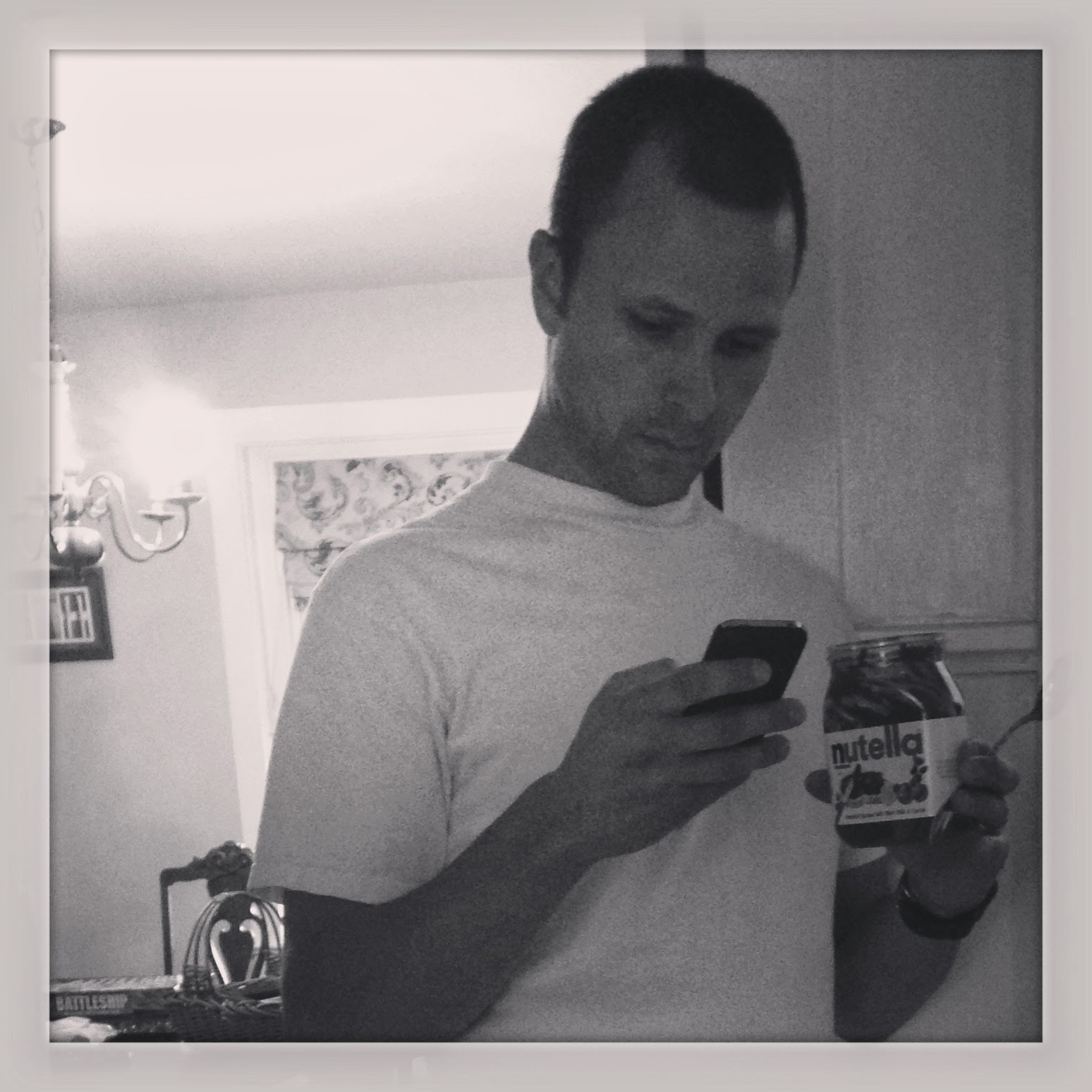 Nutella and other comforting things
I believe I've made my affinity for Nutella clear before now. But this heavenly concoction of milk, hazelnuts, and cocoa has become my standard coping mechanism for stress. Kids are driving me crazy: Nutella and pretzels. My ECE isn't cooperating: Nutella and peanut butter on Ritz crackers (or, in more desperate moments, no Ritz crackers required). Annoying driver in front of me going 10 miles under the speed limit: daydream of Nutella and try not to rear-end the slow-poke. The government still can't figure out how to actually do the job its been created to do: Nutella in one hand and wine in the other, making toasts to all of our Veterans doing awesome stuff in defiance of ineptitude and ridiculousness. All of life caving in: Nutella straight from the jar with a large serving spoon and eaten like a popsicle. But I would also like to add that I am not the only one who resorts to Nutella when the pressures of life begin to build. (see above) 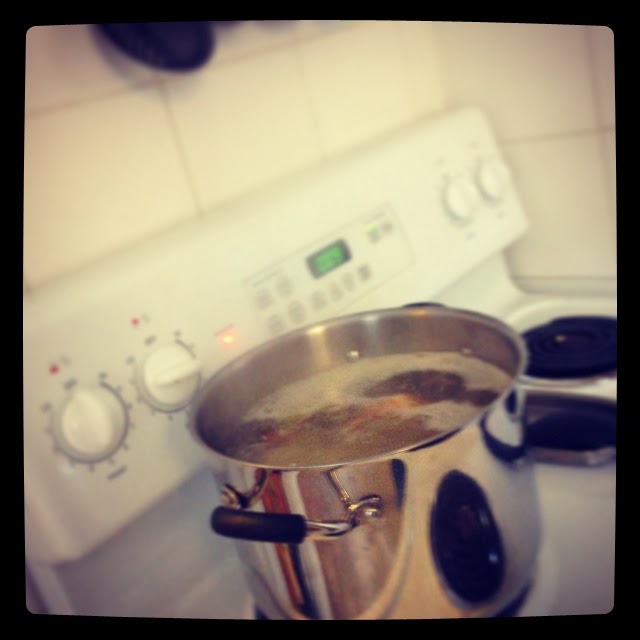 Also, because the weather has turned cool and drippy (with both rain and leaves) I have announced the official arrival of Soup Season. I have made chicken corn soup, taco soup, and will this weekend be whipping up some potato corn chowder. Because soup makes me believe (just as Nutella does) that life will work out okay. (And if it doesn't, then I'm going down with a spoon in my hand.)

Other things I've found to be of great comfort amidst the tumult of my life are: