Okay, I Lied, but Only So I Could Tell the Truth 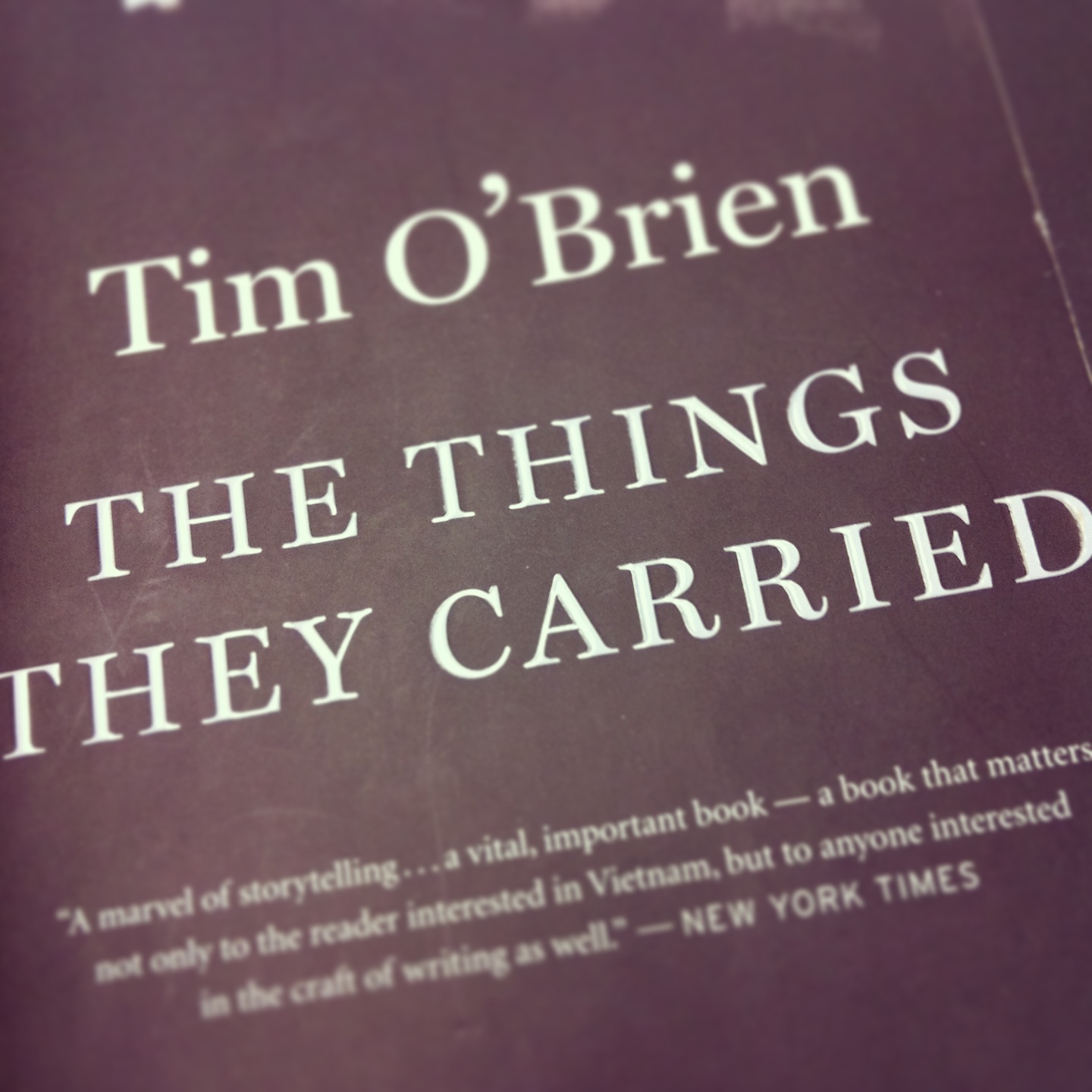 Author Tim O'Brien wrote an incredible Vietnam War novel: The Things They Carried. In it he has a fascinating chapter entitled "How To Tell A True War Story" in which he writes, "All you can do is tell [the story] one more time, patiently, adding and subtracting, making up a few things to get at the real truth."

O'Brien is talking about war and trying to convey the realities of war to those who have never experienced it.

I think, though, that this is a truism of all story-telling. I may tell a story exactly as it happened. But if I do that, then the authenticity of the story may be lost. The audience will know the facts and miss the experience. Or I can make the choice to embellish, alter, or, as O'Brien advises, make up a few things "to get at the real truth." Therefore, by changing the facts, the audience will know the true story.

(I know, I'm dog-paddling in deep water at the moment, paddle with me a little longer.)

To give you an example, the story I posted yesterday about the Night of Terror had a total of 8 characters in it (minus the deer) and only 3 characters actually introduced: me, Jackie, and Nicki. However, I altered the story.

So why did I change these things? Why not just tell the story as it actually happened?

Well, it seemed irrelevant to have to explain that 4 girls slept in another room down the hall. It didn't enhance the story's appeal or momentum, so I just left it out. Thus, that part of the story, for all posterity, never happened. Not that these 4 girls aren't important, they just aren't important to the story.

Additionally, it felt cumbersome and boggy to introduce 4 separate characters so that they all might perform their small cameos. While Nicki was not actually the one to flap her towel at the deer, she was the character already familiar to the audience who seemed the best vehicle to convey the culminating event of the story.

Finally, I trimmed out my pathetic moanings because I'm the one writing and I didn't want to come off like a whiny nincompoop. Plus, I think my few moments of interiority and reflection fully conveyed my depth of loathing toward those wretched spiders without belaboring my point and irritating the readers. (See, I do write with y'all in mind!)

While this is just a meager explanation for what actually happens in story-telling, it's important to study and understand these few droplets in the ocean of decisions that a writer faces each time she sits down to write.

Tell the truth (what actually happened) or tell the Truth (what the audience needs to understand happened)? It's only a fine, dusty chalk-line between these two ideas--easily erased, easily shifted. Which makes you wonder if you can ever fully trust anything you read. Well, O'Brien has another 2-cents on this: "In any war story, but especially a true one, it's difficult to separate what happened from what seemed to happen. What seems to happen becomes its own happening and has to be told that way."

So, yes, you can in fact trust the stories you read because even what isn't true is possibly more true than the truth. Aren't you glad I cleared that up for you? (I think I need to get out of the water before I drown.)

PS: O'Brien has far more than 2 cents to add to this whole discussion. I highly recommend getting your hands on a copy of The Things They Carried or at least "How To Tell a True War Story".  Enjoy!