Invasion of the Meat-Man: A Cautionary Tale 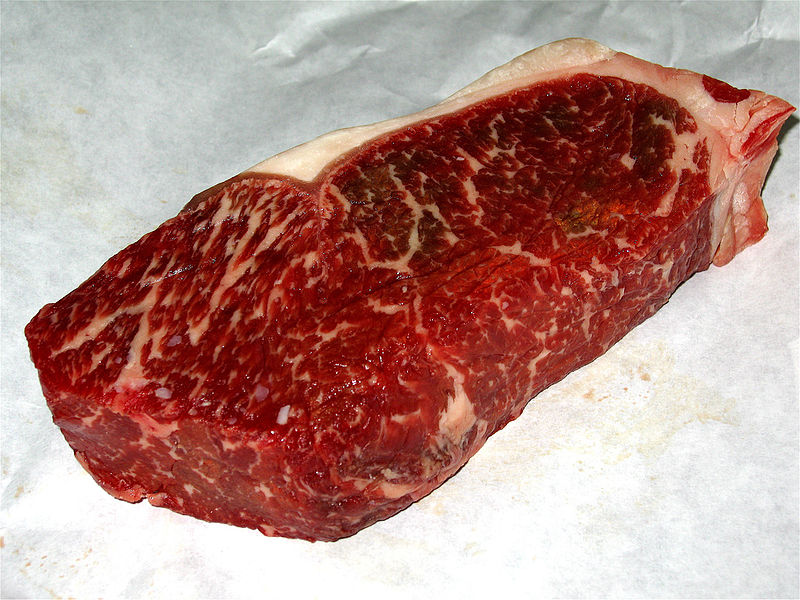 I need to relate something that has been weighing on me. While I don’t know exactly why it still haunts from the back shadows of my memories, it’s there nonetheless. So in an attempt to chase it off for good and possibly keep someone else from enduring the same experience, I’m going to tell the tale.

As those close to me know, I am an indoor person. While I enjoy the outdoors in the fall and spring when the air has its distinct smells of burning and blooming, and in the winter when snow has accumulated underfoot, my preference still is to be indoors. The primary reason for this is because I hate bugs and heat and all other things that cannot be reasoned with.  I equally distrust anyone who comes to knock on my front door. When it’s the mailman or the occasional neighbor with tomatoes from their garden, I open the door with a smile. Otherwise, I am wary and even a bit disgruntled at the invasion of my personal haven.

Just such an invasion happened a couple years ago. I peeked out the small upper window of the front door after a knock sounded and saw a man with a box. Out front of our house was a delivery van with a mural of a steak and the name of a meat distributor displayed across its side. My hackles rose. Had the man-with-the-box not seen me peeking through the window I might have ignored his knock. But he saw me. And my blasted, in-bred code of civility compelled me to open the door.

He immediately, and with excessive enthusiasm, asked what kinds of meat our family prefers and if I was interested in saving big by buying from his company. Now I was doubly distrustful. An invader and a salesman. (Though I had to admire his enthusiasm; not everyone can get that excited about meat.)

Unfortunately, I am not rude. (I even listen to the Jehovah’s Witnesses who come aknocking because I just can’t bring myself to abruptly send them away.) The Meat Man asked to come inside so he could display a selection of his meat for me, which raised a red flag—especially because I had at the time a 2-year-old asleep upstairs and a 4 year old playing in the living room. But I Just. Couldn’t. Say. No. (What is wrong with me?! I've seen Lifetime movies! I know what can happen!!)

However, to prove to you I am not completely brainless, I opened the front door which, when opened, blocks the door into the dining room. And I stood body-blocking the way into the living room. So the man had a 2-foot-by-3-foot, fully-enclosed area of space in our entryway to peddle his wares. And peddle he did. With gusto. He took out at least 30 pieces of vacuum-packed red meat—even after I told him we were chicken-folk. For about 5 minutes (which seemed like 90) he relayed the glories of his particular meat and the astounding savings that buying from him provided. (Dude, you’re selling meat from your van.) When he finished his spiel, he asked if I was interested in buying—quickly pointing out that he also takes credit cards. I replied that I’d prefer to speak with my husband (and should have thrown in that my husband happens to be a hulky Scotsman who has a knack for direct confrontation that I perhaps lack) and if Mr. Meatman has a card or flier with his information on it, we’d be in touch.

He was pissed. He didn’t say a word other than to inform me that his dazzling deal expired as soon as he left. He threw all his meat back into the box, jumped off my porch, and stomped to his van. His van peeled away from our house only to stop 2 doors down (apparently he needed a house-buffer between us) to try again.

This incident has nagged at me. Partly because I was such an idiot to actually allow him into a 2x3 space of our home and partly because he invaded my porch to begin with and partly because I unnecessarily pissed off a total stranger. (I’m not sure of the exact break-down of the percentages for each of these feelings.)

So why am I telling this to you? Because I need to get it off my chest, first of all. Thank you, I feel a lightening of this load. But also to warn you, dear readers, that if a man shows up selling meat from a van, don’t buy it. It’s been all over my floor.