Browning: A Love Story (without all the shenanigans) 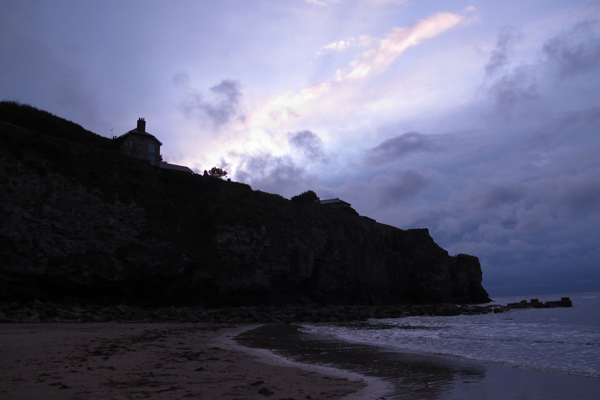 As April--and National Poetry Month--winds down (*sniff*) I want to squeeze in just a few more poetic favorites for your reading pleasure. Today I was reading "My Last Duchess" by Robert Browning with my British Literature class. And while this is one of his more notable and widely-recognized works, it always calls to mind a lesser known work of his that I enjoy far more, entitled: "Meeting at Night".

The imagery and sensory details added into this poem alone are worth savoring. ("slushy sand", "warm sea-scented beach". Mmmmm, delicious.) However, it also appeals to the inexhaustible romantic in me that warms at each mention of love's pursuit--the crossing of seas and fields in order to be reunited with the one you love.

Unfortunately, "Meeting at Night" is often paired with Browning's other poem "Parting at Morning," and many assert that Browning, while entertaining a sexual fantasy  (and following a man's basic conquering instinct), in his next poem describes the morning after his "meeting." As befitting the "typical man" (apparently), he leaves without a backward glance at the one with whom he spent the previous night. His lust satisfied, he saunters back into the world he previously occupied.

While I have not personally spoken with Browning himself, we do know that he was hopelessly in love with his own wife, poet Elizabeth Barrett Browning. And had he wished for us as the audience to understand "Meeting at Night" and "Parting at Morning" as all part of the same story, then he would have combined them to be digested in the same sitting.

However, he parted them. Separated them into individual poems. Perhaps optimistically, I then feel the liberty to read them as separate entities, and have the joy of luxuriating in a beautiful story of two lovers reunited.

(Besides, Browning was a Victorian poet--propriety, folks! That was the name of the game!)

You don't have to agree with me. Or you may have no opinion on the matter at all. But I hope that you at least enjoy Browning's poem "Meeting at Night" (not to be followed by any parting or leaving or other ridiculous shenanigans.)

"Meeting at Night"
By: Robert Browning

I
The grey sea and the long black land;
And the yellow half-moon large and low;
And the startled little waves that leap
In fiery ringlets from their sleep,
As I gain the cove with pushing prow,
And quench its speed i' the slushy sand.


II
Then a mile of warm sea-scented beach;
Three fields to cross till a farm appears;
A tap at the pane, the quick sharp scratch
And blue spurt of a lighted match,
And a voice less loud, thro' its joys and fears,
Than the two hearts beating each to each!

Or if you prefer to listen instead of read:

image at top from: christinawilson.wordpress.com