Today I filed for divorce. I went to the courthouse, walked into the Prothonotary's Office, and handed an elderly gentleman with white hair and a yellow tie my forms. The office smelled of breath mints and dust. It was drizzling outside, as I had requested of God and Mother Nature who kindly obliged, and I walked through the drizzle back to the car.

Strangely enough, everything was entirely unremarkable.

My stomach had been churning and a knot of anxiety sat in my chest; as I left, the knot started to relax.

My friend, who is amazing, had gone to the courthouse with me, and we chatted on the drive home about everyday things - work, family, etc. And then she went back to work, and I drove to my soon-to-be-ex's house to give him ("serve him") the papers. We stood in his living room and talked for a moment, and then he said, "I'm sorry. If I could do it all over again, I would run to you. I would choose you."

I nodded and left, because we cannot do it all over again.

Now my chest cradles a great, warm sadness that I know I'll need to carry for awhile.

That was my unremarkable, life-altering day, and I wanted to tell you about it because a part of me wants to wail at the sky, and another part of me feels such relief I am breathless. What amazing creatures we are - to be able to hold such weighty things within us all at once.

I share this letter because for a long time I have been silent and journeying. I am still journeying, yet I believe the time to be silent is slowly coming to an end. So here is where I must begin.
Posted by Anna Urquhart No comments: 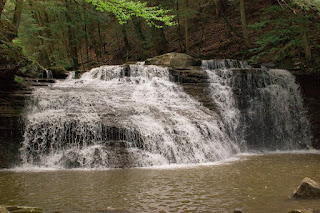 A memory came to mind today. It snuck up on me--one I haven't recalled in years, possibly decades. It came so suddenly that I lost my breath for a second.

I was about 13 years old and on an overnight canoe trip with my junior high youth group. We were paddling and laughing and tipping over and splashing down the Pequea. Our remedial rowing skills aside, we finally arrived at the site where we would be camping out for the evening.

There was a scenic clearing by an old stone mill. A waterfall, with a drop of about 5 or 6 feet, cascaded into a wide swimming area.

It was late afternoon and still time for us to go for a swim. About 6 or 7 of us waded into the water, floating, chatting, bobbing, our fingers and toes turning to prunes, the afternoon sun warm on our cheeks and shoulders. Then some adventurous soul figured out there was a capacious stone shelf behind the waterfall, with room enough for us all. We moved en mass toward the waterfall to see this hidden paradise for ourselves.

Everyone else had already disappeared and were, I imagined, cozily resting on the other side. I fought the current, smashing my knee against a submerged rock. Water, pounding from above and rushing at me, relentless, deafening, suffocating.

Then a hand shot through the waterfall toward me. I grabbed hold.

My friend Josh had seen me struggling and extended his hand. He pulled me just beyond the crashing water so I could reach the stone ledge. I dragged myself up next to the others sitting, teeth chattering, some still panting from their own struggle, all listening to the roar of water and our own heartbeats.

I was tired. My bruised knee was already turning an angry purple. But, with Josh's help, I had made it. I don't remember anything else about that ledge behind the waterfall. I remember sleeping beneath the stars in my sleeping bag around the campfire. I remember waking up damp with dew.

And I remember that hand reaching out from the water toward me. A friend who saw more than his own journey. A solid grip from someone able to help.

I'm sure he doesn't remember this small act. But I do. Nearly 30 years later, and I still remember.

Maya Angelou said, "Every storm runs out of rain." (I do love that line.) However, with waterfalls, they keep rushing at you. Just like life. And sometimes, to get through the deluge and to be able to get to where we're going, we need help.

Be brave, and take an offered hand.

Be brave, and extend your own.

Let's be brave together, my friends.
Posted by Anna Urquhart No comments: 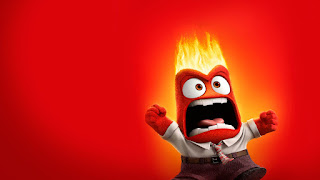 
Posted by Anna Urquhart No comments: