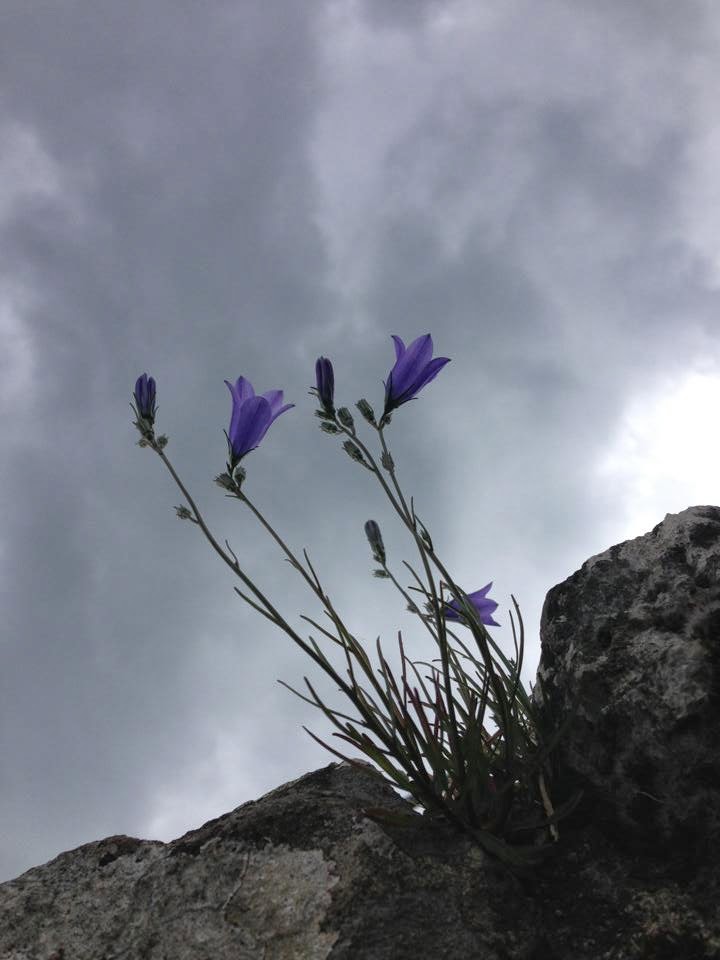 It's April 1. A new month; a new beginning. April is important to me, not only because it is the herald of Spring, but also because it is National Poetry Month.

During my season of quiet, I've been reading lots of poetry, some of it written by a warrior poet: King David  (and a few of his compatriots).

When I read David's poetry, I think of the ending of Braveheart when William Wallace says, "They fought like warrior poets . . . and won their freedom." Poetry is freeing, is it not? This warrior poet wrote some of the most honest, most raw, most beautiful poetry I've ever encountered.

The one poem of David's (although its true author is up for debate, apparently) I've been reading in particular is Psalm 91. I love, love, love the imagery and figurative language used, but even more fascinating is the tense in which the poem is written. It is primarily written in the simple future tense--what some refer to as the indicative tense. (Although, as we all know, the future is typically anything but simple.)

In this poem there are promises made of things to come based on the present choices of an individual--the "he" under discussion. If this psalm is indeed divinely inspired, as I believe it is, then it is inspired by the only One who can actually foresee what is to come and legitimately offer the assurances and promises being made in this text.

Thus, this psalm is beautifully hopeful--so much so, it was actually routinely quoted by laboring doctors to their patients back in the days when Cholera was wiping out entire cities.

Additionally, the point of view used is a revolving door, going from third person to second person. Then, in the final stanza, the point of view shifts to the first person point of view: God himself watching, speaking of, and indicating his intentions of rescuing His child. Simply because the child knew God's name and used it to call out to Him.

This psalm is one of the most hopeful pieces of literature I have read during this time of being still. I've listened to this psalm read aloud and there is something breath-takingly transcendent about it. So, if you're in a place where you can read this aloud (or, better yet, have it read to you), do it. Or listen to it recited on YouTube here.

May this poem infuse your day with hope the way it has mine.

He who dwells in the shelter of the Most High
will abide in the shadow of the Almighty.
I will say to the Lord, "My refuge and my fortress,
my God, in whom I trust."

For He will deliver you from the snare of the fowler
and from the deadly pestilence.
He will cover you with his pinions
and under his wings you will find refuge;
His faithfulness is a shield and a buckler.
You will not fear the terror of the night,
nor the arrow that flies by day,
nor the pestilence that stalks in darkness,
nor the destruction that wastes at noonday.

A thousand may fall at your side,
ten thousand at your right hand,
but it will not come near you.
You will only look with your eyes
and see the recompense of the wicked.

Because you have made the Lord your dwelling place--
the Most High, who is my refuge--
no evil shall be allowed to befall you,
no plague come near your tent.

For He will command his angels concerning you
to guard you in all your ways.
On their hands they will bear you up,
lest you strike your foot against a stone.
You will tread on the lion and the adder;
the young lion and the serpent you will trample underfoot.

"Because he holds fast to me in love, I will deliver him;
I will protect him, because he knows my name.
When he calls to me, I will answer him;
I will be with him in trouble;
I will rescue him and honor him.
With long life I will satisfy him
and show him my salvation."

I thank you, friends, for your patience in my absence. I hope to be around a bit more and, for the month of April, to share with you the poetry I've been reading.