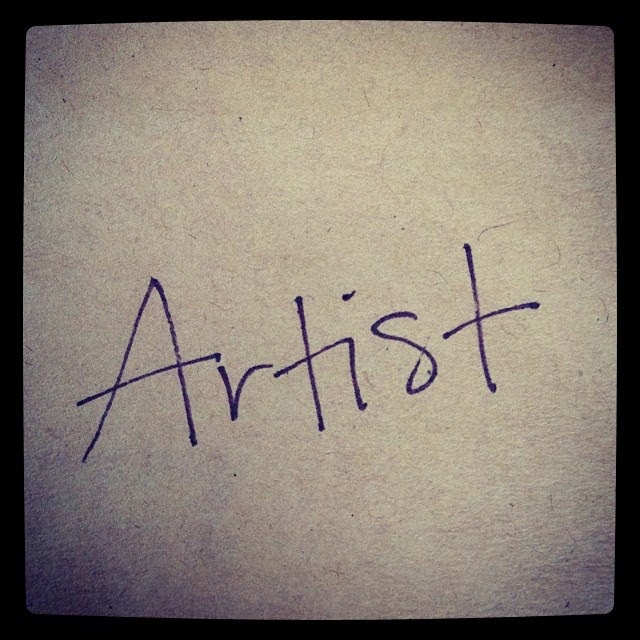 Kurt Cobain committed suicide when I was 15. His death did not leave much of an impression on me. I knew he was a singer for Nirvana. I knew that several of my Nirvana-fan friends were visibly shaken by this event. But Cobain's death didn't touch me too much, other than the residual effects of sad faces and news coverage.

I do not say this out of callousness. I say this because at 15 I didn't have the emotional wherewithal to feel a sense of loss over someone I personally did not know.

But his suicide was a loss. I understand that now.

I understand because of what I've experienced in the ensuing 20 years after hearing the news of Cobain's suicide in my 10th grade homeroom.

We spend our days being careful with our lives. Our parents tell us to look both ways before crossing the street. To not run with scissors. To buckle up. Then we launch out on our own, beyond the confines of parental admonition, and we still buckle up. We still look both ways. We still pull our fingers back to keep from getting cut by a blade.

Yet it seems that if parents had wanted to truly keep their children safe, they would preach this warning from the cradle onward: Do not become an artist.

Exceptional risk seems associated with the artist's life. This might sound strange, but I was reminded of it again yesterday at the news of the death of actor Philip Seymour Hoffman--an actor I have watched and admired. An actor who had a history of addiction and died with a hypodermic needle in his arm. He is now added to the growing list of artists who have died of "unnatural" causes, who have died what seem to be unnecessary deaths.

I posted on Facebook that his death makes me sad, not only because it is the passing of a life, but because another artist's voice is now silent. And it didn't have to be.

There seems to be something intrinsically dangerous about being an artist. It's a strange, almost metaphysical idea that I've been mulling on over the last few months. I saw a beautiful Ted Talk given by Elizabeth Gilbert (who wrote Eat, Pray, Love) that set my mental cogs a'turning. She commented that there's an element of torture an artist inadvertently inflicts on herself in her art-making. In an effort to capture unblemished the story or scene she is working to capture. To fight her own limitations in the quest to present the precise representation of what her art has asked her to create.

Anne Patchett says much the same thing in her book The Getaway Car: "I never learned how to take the beautiful thing in my imagination and put it on paper without feeling I killed it along the way." She goes on to add: "I did, however, learn how to weather the death, and I learned how to forgive myself for it."

This is the 1st part of the artist's danger: Daily confrontation with our own limitations.

I think that at least some of us feel as though we are a bit fraudulent. We present our writing to the world, possibly even receive praise for it. Yet we live with a guilty secret. Our finished product is not what it ought to be--we simply didn't have it in us to make it what it should have been.

This is an idea with which we must make our peace. I make my peace by working harder, doing better next time.

Which brings me to the 2nd (and deeper) part of the artist's danger: Daily confrontation with who we really are.

It may sound as though I'm repeating myself, but I'm not. Here's why. Art is created in an effort at reflecting the world and humanity as truly as we are able. Yet what we know most intimately about humanity is first born from what we find within ourselves.

Despite the cutesy Instagram pictures and warm-fuzzy Facebook posts I might publicly put in front of the world, I live with myself. I see myself at my darkest moments. I know my ugly impulses. I daily confront my own selfishness, my jealousy, my rage, my lust. All human instincts that we rarely admit we have. But it's all there. We have at our core an ugliness that is easiest left unseen and unacknowledged.

One of the slowest and most painful excavations I've done in my writing has been the excavation of myself. I don't like all that I've found, and what I am finding. It disgusts me. At times, it scares me. Then, at times, it also surprises me, because what I find is better than what I've come to expect from myself. This self-excavation is what can, at times, move me away from the joy of simply creating. I love writing. But to write well, I must dive deeper into myself and confront what I find there. It's painful.

Yet, despite how painful it can be, it is my findings about myself that bring a semblance of authenticity to the worlds and characters I try to create.

This is what I think Hemingway (another artist who committed suicide) meant when he said of the act of writing, "All you do is sit down at a typewriter and bleed."

This is dangerous. Because we bleed our true selves onto the page and the canvas, it is a self with which we must, at some point, come to terms.

I learned in my psychology classes before I learned in my writing that all behavior is motivated. The death of so many artists due to suicide, addiction, abuse--these are all symptoms of a greater battle. These are the symptoms of trying to come to terms.

We all come to terms in our own way.

Call it unreasonable optimism or blind faith or whatever, but my own coming to terms method is an abject reliance on Grace--a Grace offered by a loving God. It's a promise to me that redemption is still possible despite my ugliness. It's all I've found that makes sense to me, that anchors me, that allows me to come to terms.

Some rely on meditation. On volunteer work. On helping others. On retreats. On relationships. On career. On art.

Still others rely on alcohol, drugs, and other potentially destructive things. The abuse of these things, (which, for those with fame and/or money, are so easily accessible) perpetuate the darkness within that we are working so hard to fight off. I've seen this destructive spiral in my own family. It's horrifying to watch.

Which is, to bring this conversation full circle, why hearing of Kurt Cobain's suicide and Philip Hoffman's death makes me so sad. I could be completely misguided here, as I did not know these men intimately, but it seems to me that they were simply trying to come to terms. The nature of their deaths doesn't mean they were horrible people. It means they were trying to do what we all must do: face ourselves and find a way to survive the confrontation.
Posted by Anna Urquhart