My Husband's Mistress (Whom I Might Have Named Ernest)

As you may know, I married a Scotsman. As you may not know, I met him in Tennessee. Where we eventually got engaged, moved to Pennsylvania, married, and began our lives together. However, this love story would not be complete without the inclusion of my husband's mistress. You heard me. Mistress. My husband has a second love (well, third love now that we've added children to the mix.)

A Siren lured him with a song of the Old American Truck while he was in Tennessee and he has been captivated ever since. So before moving to Pennsylvania to marry the love of his life (ahem, that's me) he bought his first 1986 Ford F-150 and thus made the lifetime vow of commitment to this Siren.

(Incidently, this truck did come in handy on the drive home from Tennessee--we loaded all our earthly belongings into the back and we hauled ourselves up North. Trucks are handy like that.)

He has since sold his 1986 F-150 for a 1959 Ford F-250...a truck whose engine hadn't fired in 10 years. It had been sitting out back of a man's barn, rusting away beneath rain and sun. I didn't see the logic of getting rid of a perfectly good truck for one not-so-perfectly good, but Jonathan did. He even allowed me to name his new mistress. I called him (it looked like a "him") Ernest. As in Ernest Hemingway. Solid, a bit banged around, a hard worker (at least at one time), and without any pretense. This truck is as it appears: an old work truck. (With what I'm sure is an interesting history.)

For the longest time I resisted this obsession with old trucks. The money he poured into fixing this and that. The hours he toiled out in his workshop grinding out rust spots and tinkering with spark plugs. The YouTube instructional videos that droned on and on. Even now, one whiff when Jonathan walks in the door will tell me if he's been out fiddling again with that truck. He'll smell of oil and gasoline and sweat.

But I received the shock of my life when one day that smell didn't bother me quite so much. I was braced to scold and quickly send him upstairs to clean up. Yet the surge of disgusted indignance never came. Instead there was only a mild wrinkle of the nose when I said, "those shock absorbers you ordered arrived today" and went back to cooking dinner.

Then, a few days later, I was shaken awake at 2 AM.

"Whrbehten?" (I'm a deep sleeper, so this is probably the 1st sound I made when he roused me.)

I open my eyes to Jonathan, a smear of grease across his forehead, grinning wildly at me.

"I got it started!" he repeats.

I lift my head and look at the clock. "It's 2 o'clock in the morning."

"Yeah. I couldn't stop. I was so close." He giggles like a 5-year-old looking over his spoils of Easter candy after the hunt. "I got Ernest running."

I rest my head back on my pillow, smile. "That's amazing, Sweetest. I'm so glad.....please shower before coming to bed."

And this was the first of many late nights, and even all-nighters, he spent with Ernest. And, while initially befuddled--it is just an old truck, after all--it took me awhile to see the quintessential hypocrite that I am.

Since the beginning of our marriage (and even before), I had engaged in a love-affair as well--with writing. I stayed up late--and even at times didn't come to bed at all--because my protagonists of the day had wooed me, swept me away in their lives and stories. To this day I, at times, leave my husband and children at home so I can gallivant off with my chosen passion. So how can I fault my husband for having a passion of his own? In fact, our marriage has become stronger now that we both have our outside interests.  And, believe it or not, I'm convinced our children have benefited from it too. They see their parents with pursuits and passions that we cultivate and develop, dreams that we work to capture and wheedle into reality.

But my favorite part of this story is that, when finally tasting victory, when finally getting Ernest started after months of frustrating toil, Jonathan woke me at 2 AM (no easy feat) to tell me. Just as he was the first person I ran to when I got my first publishing contract for my novel. He'll always be my first love and I know, at the end of the day, he's coming home to me.

PS: But, just to be clear, Ernest is the only mistress (mister?) with whom I would ever willingly share Jonathan. Until Ernest is sold and a new one comes along.... 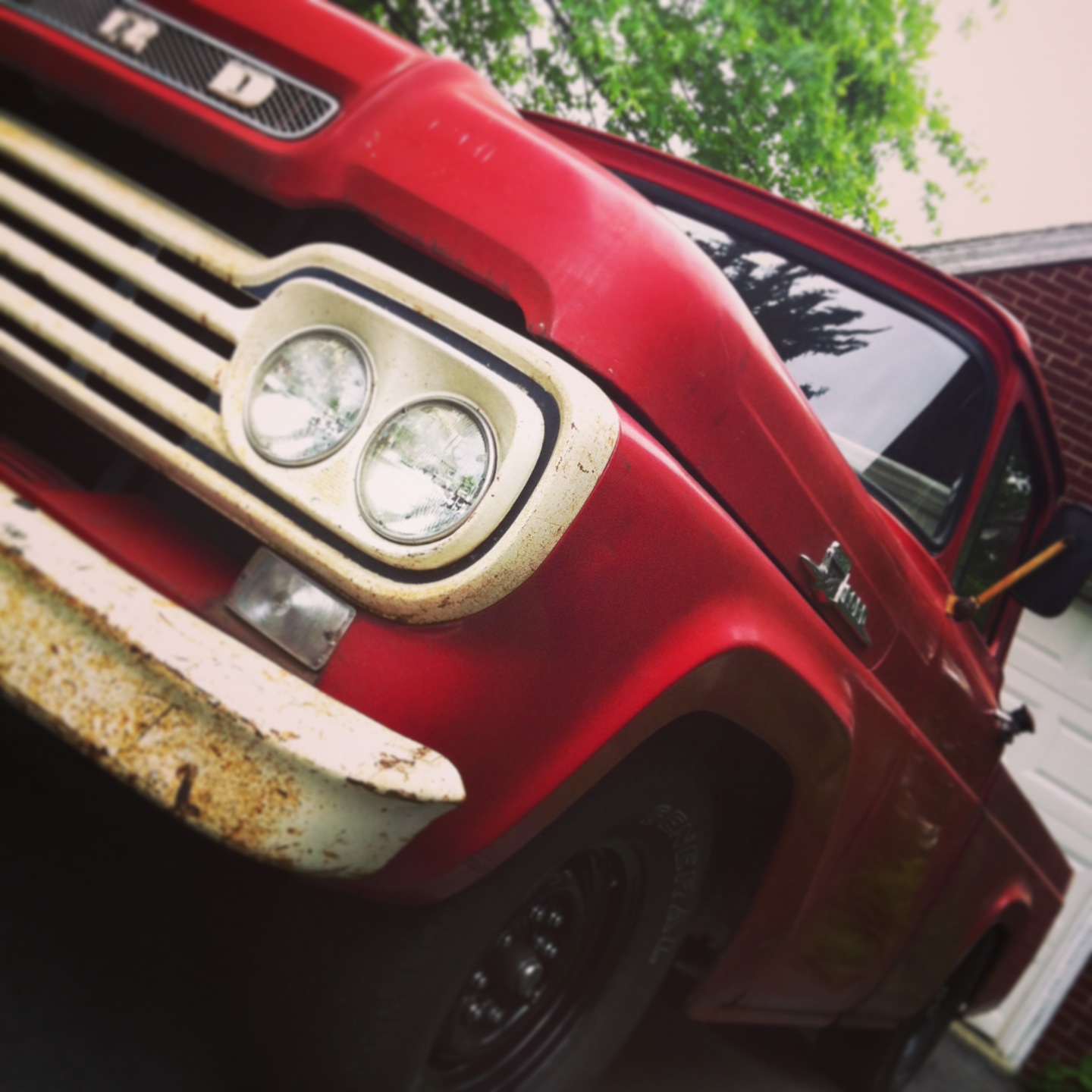