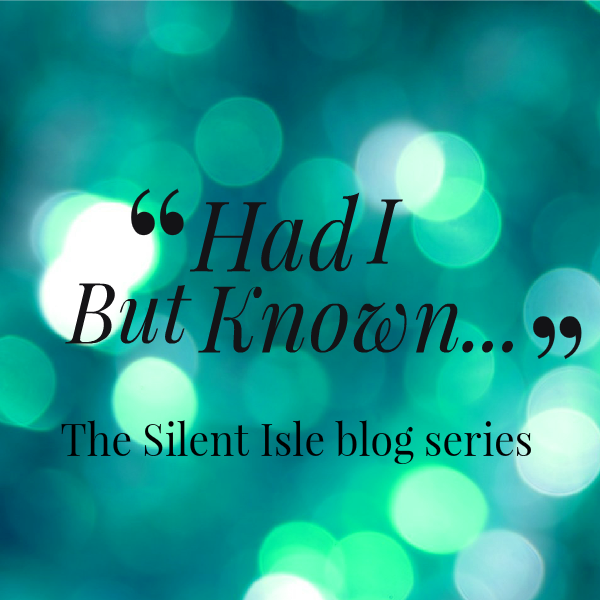 When I was mulling over the many fine “I wish I’d known all that before I started this little deal” examples from my life, I considered using the time my sons and I were burning wheat stubble fields after harvest and I didn't know the hitch was broken on the plow of our fire-control tractor. The wind blew. Our controlled burn became uncontrolled. Plumb out of hand even, you might say. Then the plow fell off the tractor. A few years later, two of my sons became firemen. I’ve often wondered if there was a link. I decided not to use that experience, however—too much dramatic irony for those not acquainted with the hair-raising experiences of farming and ranching.

May I present a much gentler—and flame-free—Had I But Known experience?

I've always been an auction buff, frequenting farm and estate auctions. On one particular day many years ago, the auctioneer took my high bid on what I believed to be a box full of Bibles. That evening, I hauled all my treasures home where I began to sort through the mirror-bit reflections of an old ranch woman’s life.

Bibles are never a bad buy, but hers had literally been read to pieces. I couldn’t salvage them. Near the bottom of the box, though, I uncovered a couple of tattered poetry books. One was by Coleridge, the other a collection titled: A Library of Poetry and Song Being Choice Selections from the Best Poets with An Introduction By William Cullen Bryant. Which is—you must admit—quite a title. They couldn’t have gotten that thing published in this age of one-word titles. The book was copyrighted in 1870 and inscribed to J. Bright Smith, Jan. 29th 187—something. The page was torn off there.

I read the poem collection with the lengthy title even though the leather binding crumbled in my hands, the front cover was missing, and pages one-ninety-three through four-seventy-eight had completely vanished. Some clodhopper who hadn’t recognized wondrous treasure had stepped on page twenty-one and smeared it with mud. Imagine.

Selections from over four-hundred poets filled the pages. All the big guns of poetry: William Cullen Bryant, of course, Elizabeth Barrett Browning, Robert Burns, Longfellow, Shakespeare…the list went on and on.

One of my favorites was by Sir John Suckling, not a real big gun, but funny.

I always came back to the poems of Robert Burns written in the old Scots dialect, however, like this one:

O my Luve’s like a red, red rose
That’s newly sprung in June:
O my luve’s like the melodie
That’s sweetly played in tune…

From time to time through the years as I was raising my sons and fitfully working on a novel about a Colorado ranching family, I revisited my precious book of poetry. Eventually, the book survived a move to the Oklahoma prairie, but it had become so fragile I took it off the bookshelf and placed it in a bag in my closet. Still, every now and then if I came across the book looking for something else, I'd stand in my closet beneath the light bulb with its chain pull and read a poem or two.

Eventually, my sons left home and I began writing more—mostly as an antidote to their absence in my days. I took a writing class and finished my first novel after more than twenty years. While my freelance editor toiled through my shocking abuse of the english language, I wrote a middle grade story titled Agnes Campbell's Hat about a twelve-year-old Oklahoma girl whose mother brings home an old hat in a box of auction stuff. She tries on the hat and is whisked back in time to live as Agnes Campbell, the daughter of an immigrant Scotsman who sings Robbie Burns songs from a book of poetry exactly like mine.

I had no idea that long ago day when I bought a box of Bibles the book of poetry at the bottom had the power to affect my life, or shape a novel I wrote for my niece, or maybe even touch the lives of a person or two who reads my stories.

And…what would Robbie Burns think? Had he a clue when he penned My Love is Like a Red, Red Rose that over two-hundred-years later some Okie farm woman would one day use it to write a book AND a guest blog post for Anna, another of his fans? Would he pop his suspender straps and say, “Aye, the lassies still dig me,” or would he be astonished and humbled his work had survived so long?

God bless all y’all and thank you so much for having me, Anna. 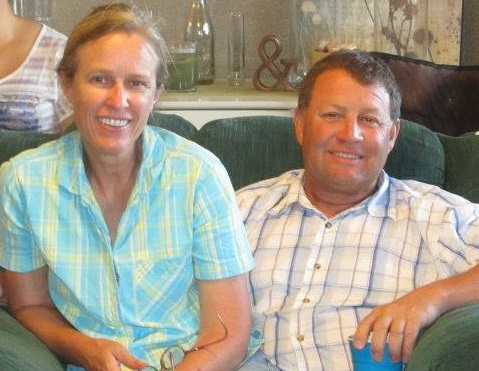 Danni blogs at From the Ranch Pen and writes Christian fiction from her home in Oklahoma where she and Gramps—her sidekick of over thirty-one years—farm and ranch.  She’s the mother of three grown sons and daughters-in-law, and the grandmother of six grandkids. Once, she had an encounter with a meat man in a van whose silver tongue enticed her into buying his over-priced beef—even though she and Gramps raise cattle for a living and have a freezer full of the stuff. When she stumbled upon Anna’s excellent blog post on the same subject she realized she had met a kindred blogger and has been lurking around The Silent Isle ever since.

(I cannot express what a delight and honor it is to have Danni writing for us today. Since she first appeared after the Meat Man tale, I've been lurking ever since around her ranch pen as well. And the fact that she loves Rabbie Burns is the icing atop an already-sweet cake. Thank you, Danni!)

Email ThisBlogThis!Share to TwitterShare to FacebookShare to Pinterest
Labels: Anna Urquhart, Blog Series, Danni McGriffith, Dramatic Irony, From the Ranch Pen, Had I But Known, poetry, The Silent Isle, writing