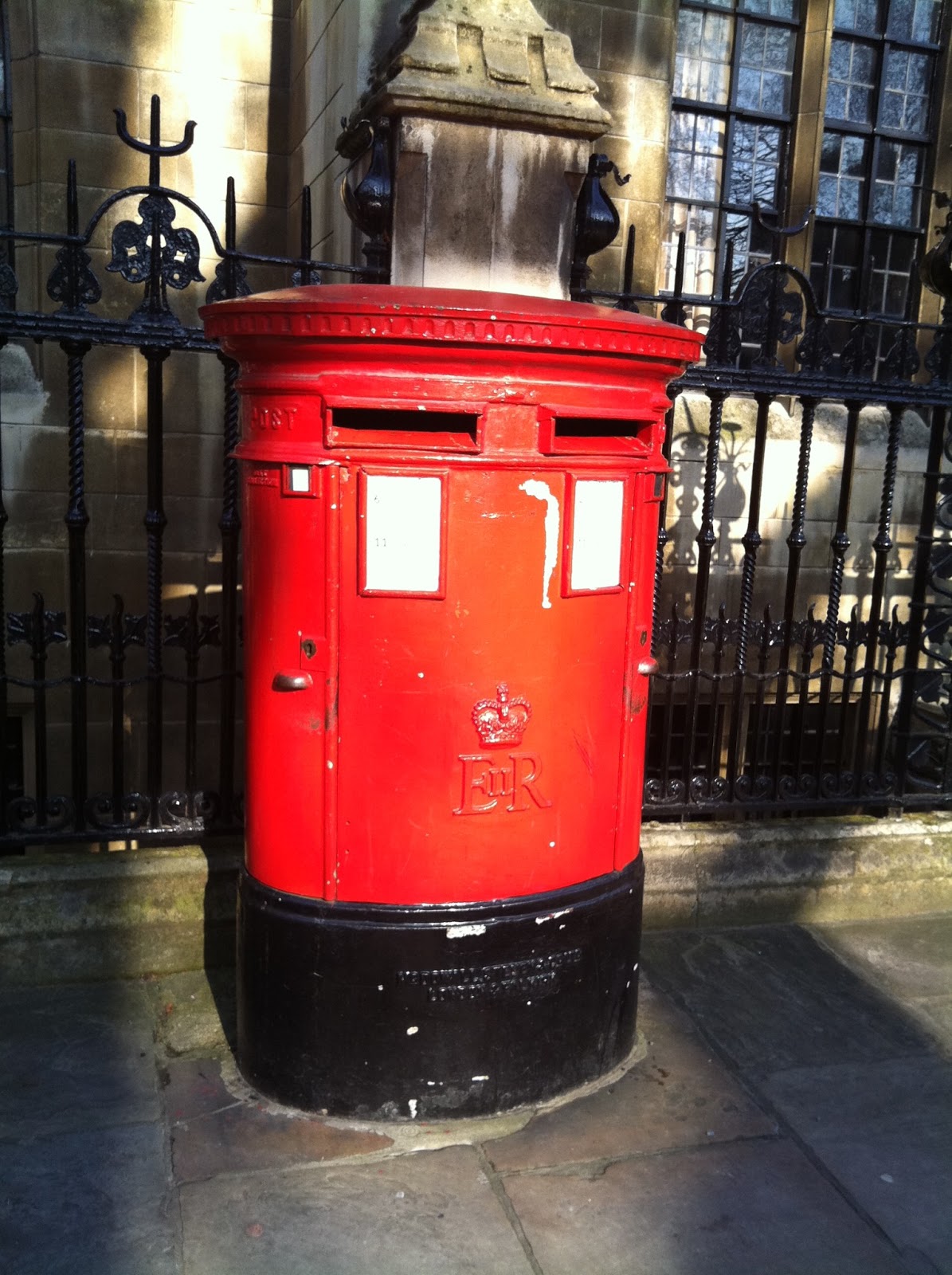 For the inexperienced traveler, the transport system in London can seem a bit intimidating—of course, that may be true for the experienced traveler as well.  Upon my arrival in Paddington Station on the Heathrow Express, it seemed as though all the arrows I was meant to follow simply led me in circles, offering only the most circuitous route imaginable to my destination as opposed to the direct line that my American-ness expects.   But I was in “traveler” mode.  While traveling I have simply come to expect delay and hassle.  So, one foot in front of the other, I followed signs and pedestrian flow to a coffee shop.  I ordered an Americano coffee, fumbled with my British poundage, then flopped into a seat.  First order of business: find the women I was meeting.  My phone binged with a text. Their train was running late.  I had time to sit next to the bronze statue of Paddington Bear and sip my scalding—yep, burned my tongue—coffee.  (I thought all beverages were to be room-temperature in this country!)
The 3 women finally arrived after another hour—two Scottish women and an English one, all of whom had more energy and seemed to walk faster than marathon race-walkers—we left our luggage at the station and began our journey into downtown London.  However, before we made it out of Paddington, we discovered that one of the ladies left her wallet in a café at the last train station where they had stopped.  Quickly she located a Transport Policeman who asked a few friendly questions, then led the way to the nearby police station.  It was the first police station I had EVER entered, and I was not expecting for it to be my first stop in this journey.  Yet, sure enough, there we all sat in a small, crowded office with taupe walls while the sweet policeman—who was all smiles and politeness—phoned the train station where the wallet had been left.  He then phoned the lost baggage office at that station, then phoned the café itself.
I struggled to keep my mouth from gaping open. His helpfulness was astounding!  In America, if you ask for help with a lost wallet, you are likely to get “well, you’d better go back and look for it, huh?” or handed a “report lost or stolen property” form.  Though the dear man was unsuccessful, I felt the urge to hug that policeman—who looked to be no older than me with reddish hair and light eyes—when we stood to leave.  I reminded myself that I was in Britain where no overt demonstrations of emotion are displayed, so I kept my hugs to myself. He walked us out to the elevator and wished us luck.
So while it seems the British don’t always take the most direct or expeditious route to wherever they are looking to go, they seem to be an incredibly helpful lot, eager and willing (without a sigh and a roll of the eyes) to offer directions or insight into the fracas of London transport.  Incidentally, we later discovered the wallet had actually been left in the bathroom at Paddington Station, and some honest person had handed it in to the same place we had left our luggage for the day!  It was recovered with all cash and credit cards intact!  Helpful, indeed!  I even saw that same kind policeman two days later in Paddington Station and wanted to update him on the retrieval of the lost wallet—but I didn’t.  I didn’t want to keep him from assisting someone else who might be in need of his help.

Westminster Abbey
The pictures I took several years ago while driving through the Bavarian Alps were a sore disappointment.  The grandeur of the Alps could not be captured nor translated.  The subterfugal  picture I took of the Sistine Chapel ceiling left that same dissatisfaction.  Westminster Abbey, however, offered quite the opposite feeling.  While watching Prince William marry Kate Middleton on TV, seeing her walk down the aisle surrounded by the throngs of royalty, nobility, and media, the Abbey looked to be of Goliath proportions.  Broad and wide and high.  Yet, while walking through the different chapels and alcoves, the Nave and the courtyard, the abbey seemed, well, small.  The ceilings were high, certainly.  And stunningly detailed.  But the walls felt closer, the Nave narrower.  I felt an unexpected intimacy.

Strolling next to the tomb of Elizabeth I, Bloody Mary, and Mary Queen of Scots.  Standing in Poets Corner over the graves of Alfred, Lord Tennyson and Gerard Manly Hopkins and Lord Byron and all the WWI poets like Siegfried Sassoon and Wilfred Owen.  Touching the sculpture of Shakespeare.  Peering into the R.A.F. chapel that commemorates the heroism of those who fought in the WWII Battle of London and spying the hole in the wall produced by a German bomb.  Pausing over the grave of the Unknown Soldier. There is an intimacy to it all, and this intimacy is a relief.  A relief that this Abbey is not so colossal as it seemed on TV.

I smelled the sweet scent of the lilies laid reverently on the memorial of Handel—February is his birthday, after all—and heard his Messiah playing through my head.  I meandered through the chapel where monks and then knights once sat.  I stood before the Coronation Chair upon which centuries of English kings and queens have been crowned. And I studied the monument stone placed in a passageway to memorialize Frances Louisa Parnell—a 5 year old who died in 1812.  Little Frances’s stone was “placed here by her afflicted and disconsolate mother.”  Nothing else is known about this child, yet here stands her memorial for me to read and consider and  remember.  And I walked the same path that Kate Middleton did so recently to become the wife of a prince.

While I have seen many amazing and moving sites—Michelangelo’s David and the Sistine Chapel, the Bavarian Alps and Gaudí’s Park Güell, the falls of Niagara and Oahu’s Hanauma Bay—this Abbey invites intimacy.  It offers the exchange from status of curious visitor to that of welcomed guest, and eventually—if you delve deep enough, placing your palms against the cool stone of the walls or the warm wood of the pews, listening to the swell of organ music, and breathing in the air of centuries past—to that of chosen friend.  Isn’t that how a church is supposed to feel?

Airport Isolation
Heathrow Airport.  Terminal 1.  Alone I walk down an empty hallway toward Gate 48.  Past saunters a uniformed airport employee, then again I am alone.  No one knows exactly where I am.  I have left my friends behind, and my family awaits me at my destination.  But now, in this strange limbo, I am unknown.  Nothing familiar apart from my own luggage.  I am free from both expectation and association.  I both fear and relish my isolation.

Airports are a strange culture.  You lose the culture from which you originated and enter the No-Man’s-Land (or more appropriately Every-Man’s-Land) of “Traveler”.  Yes, you carry your country’s passport which identifies you, but upon stepping across that airport threshold, you enter the realm of those journeying.  People with whom you will be in close proximity for hours, yet to whom you may never speak a word.  Those anticipating a reunion or grieving a good-bye.  A world in which you cannot live, simply pass through.  A means to an end.  You belong here only temporarily.

This thought relays a certain and strange gravitas as I walk toward Gate 48—a gate that seems absurdly remote.  Surely, an airport as colossal as Heathrow would not have an entire hall that is empty, a hall in which I can walk alone and hear the clap of my boots on the floor and nothing else. Finding my gate abandoned and not yet opened for business—yes, it is certainly the right gate, another passing employee assures me—I sit on a nearby bench.  Hard, black plastic and far from comfortable.